When a Libra Woman is Done with You (15 Unmistakable Signs)

Ruled by Venus, the goddess of love and beauty, Libra women are naturally endowed with kind hearts, captivating features, and tender souls. However, they also have a tendency to be stoic, detached, and emotionally unavailable. When a Libra woman loses her interest, she may not explicitly articulate it, but it will show through her actions and body language.

Libra women are non-confrontational. When they’re done with you, she may not tell it outright, but it will manifest in her behavior. A Libra woman who’s already emotionally checked out on her relationship will be cold, distant, passive-aggressive, non-communicative, and downright rude.

Represented by scales of justice, Libra women tend to weigh out their options before they end a relationship. Because of this, it may take time for them to reach a conclusion. But when they finally come to a decision, there’s nothing you can do to change her mind. Read on to know the signs that a Libra woman is falling out of love with you. 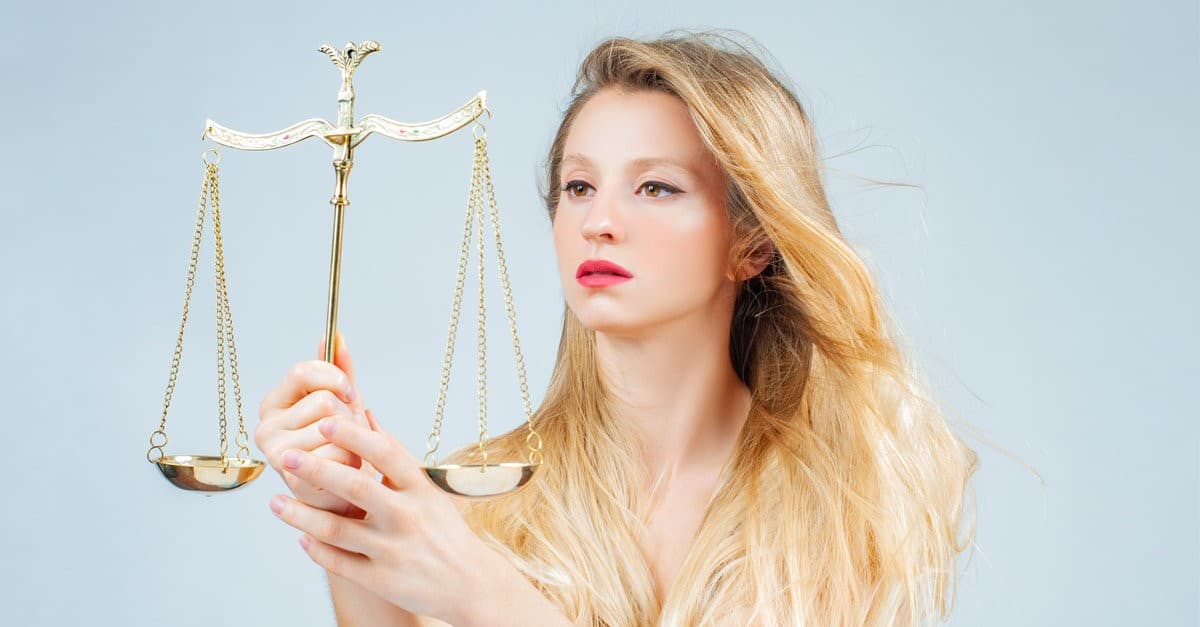 15 Signs a Libra Woman is Done with You

As a cardinal air sign, Libra women have excellent communication skills. They love discussing topics they like at length and engaging in intellectual conversations. However, when a Libra woman is done with you, brace yourself to one-word responses laced with disdain and contempt.

If a Libra woman is thinking of ending things with you, she will start to pull away from you and may even drop communication altogether. Libras value their relationship, so she may take her time before deciding whether to leave or not.

When a Libra woman starts to reduce her replies to monosyllabic sentences, this is a clear-cut sign that she’s been contemplating breaking off your relationship. Confront her about it and if she’s no longer interested in working out your relationship, let her go.

2. She Stops Investing in the Relationship

Libras tend to go all-in in their relationship. Their primary love language is acts of service. They’re hopeless romantics who enjoy making their loved ones feel special. So when she stops caring about your needs, take it as a sign that she’s done with you.

When a Libra woman stops investing in her relationship, it’s possible that she’s gone weary of being always the one who gives and wants you to step up and make an effort. Relationships require both parties to nurture it. If you and your Libra partner are no longer willing to work things out together, it’s probably time to part ways.

3. She Blows You Off

Another telltale sign that a Libra woman is done with you is when she starts bailing on you. When a Libra woman has made up her mind about ending a relationship, she will not give you the time of her day. You will no longer be at the top of her priority list. Instead, she will redirect her energy to things that are more important to her.

When a Libra woman decides that you don’t have a future together, she might start making up some lame excuses to avoid seeing you and may even cancel out plans at the last minute just to piss you off. Known for their intolerance with injustice, if you’ve done something that betrays her trust, it’s highly likely that she’ll devise a plan to get revenge and even things out.

4. She Doesn’t Ask You About Your Day 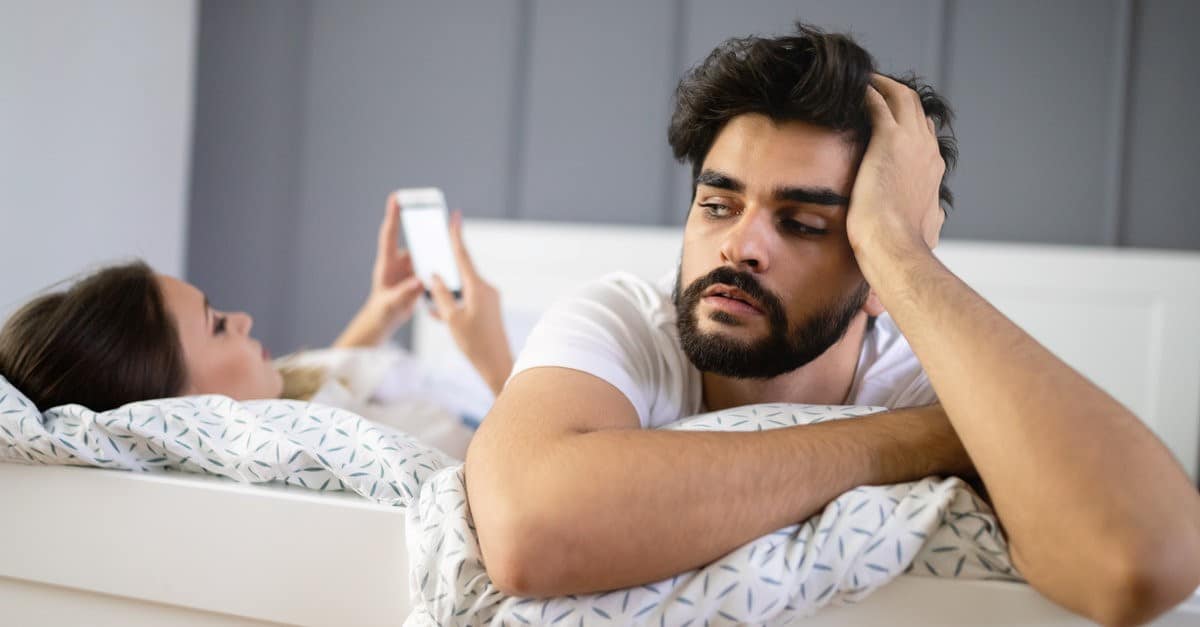 When a Libra woman is done with you, you might notice that her face doesn’t light up when she sees you anymore. She stops asking how you are and how your day was. When you’re together, she’s glued to her phone and doesn’t pay attention to what you’re saying.

Apathy and lack of attentiveness are clear indications that she’s over you. A Libra woman who’s in love will be excited to know all the little details of your life. She’s the type who takes note of her lover’s favorites and familiarizes herself with what interests them. If she stops being enthusiastic about listening to your jokes and stories, it’s highly likely that she has fallen out of love.

Libra women tend to have high standards. When you fall short of their expectations, they will express their disappointment by giving you the cold shoulder and slowly detaching themselves from you. Libra women hate it when they have to ask how you should treat them. Instead, she will act in a passive-aggressive way to let you know she’s upset.

When a Libra woman is done with you, she will not wait for you to treat her the way she wants to be treated. She knows her worth, and if you can’t match her expectations, she will disassociate herself from you and may even start exploring her other options.

6. She Picks on Your Insecurities

When a Libra woman starts picking at your insecurities and generally makes you feel shitty about yourself, this is a major red flag. When a Libra woman decides that she no longer wants to be with you, she will start unleashing all the aspects of your appearance that bugs her but never brought up.

When she’s done with you, she will no longer try to conceal the dark side of her personality. It’s possible that she’s also doing this to push you away and get you to end the relationship yourself.

Another obvious sign that a Libra woman wants to break up with you is when she stops acting like herself. She may even go as far as playing out the part of a rude and disrespectful girlfriend, so you’ll get turned off and leave.

Libra women have type-A personalities, so they can be very bossy and condescending. When a Libra woman is done with you, she will no longer give a damn about what you think of her. She will stop censoring herself to win your admiration and may even start talking to you in a harsh tone.

8. She Avoids Spending Time with You

Another obvious sign that a Libra woman is done with you is when she avoids spending time with you. If she’s constantly blowing you off on your dates, ignoring your calls, and not eager to hang out, this is a surefire sign that she’s over you.

Even though they’re fiercely independent go-getters, Libra women value quality time with their loved ones. However, if she’s unhappy and bored in her relationship, she will not give you a minute of her day. When a Libra woman decides she doesn’t want to be with you anymore, she will shift her attention to her personal life and goals.

It’s no secret that Libras are open and chatty creatures, especially with their significant other. They’re usually full of energy and always excited to share their thoughts, opinions, insights, and jokes with everyone willing to lend them an ear. They wear their heart on their sleeves and are not afraid to be vulnerable in front of their loved ones.

However, when a Libra woman stops including you in her life, it’s highly likely that she’s considering ending your relationship. It’s also plausible that she’s going through something she’s just not ready to share with you. If this is the case, simply give her space and let her know that you’re there for her.

10. She Severs Your Ties with Her Social Circle

When a Libra woman is infatuated, she likes to interweave her life with her partner. However, when a Libra woman is done with you, she will start compartmentalizing you from her social circle. She will stop inviting you to parties and family events. If this is the case, it’s possible that she’s been talking to her friends about ending this relationship, or she’s already seeing someone else.

11. She Gets Annoyed Easily 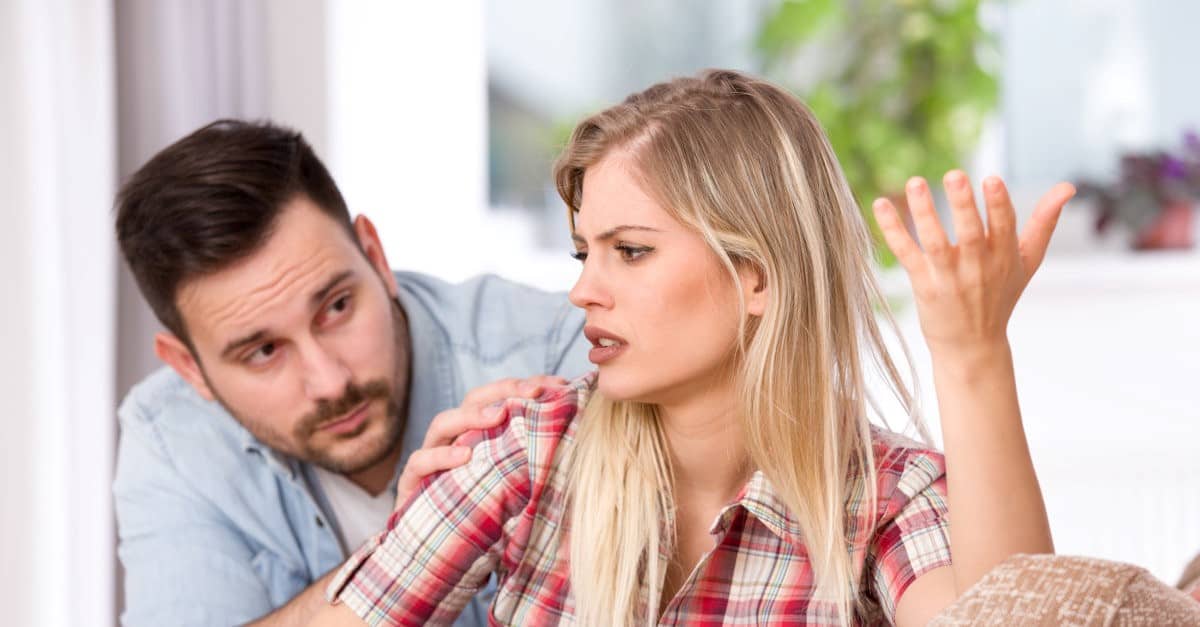 How do you know when a Libra woman is done with you? She’s chronically irritated by everything you do and gets upset over the little things. The quirks that she used to find endearing about you, now just seem to annoy and even enrage her. These are all obvious signs that she no longer wants anything to do with you.

If you feel like you’re always walking on eggshells around a Libra woman, it’s probably time to walk away and find someone who will appreciate and not condemn your idiosyncrasies.

12. She Stops Trying to Impress You

Libra women have an impeccable aesthetic taste and an affinity to spectacles. When a Libra woman is done with you, she will stop making an effort to impress you and look nice in front of you. She may even purposely make herself look unattractive to manipulate you into ending the relationship yourself.

13. She Celebrates Her Freedom

If a Libra woman starts excluding you in her plans and spending more time with her friend, it’s possible that she’s slowly extricating herself from the relationship. She may even act like she’s single on social media and starts swiping on dating apps to meet someone new.

A Libra woman might not even bother to give you closure and just disappear from the face of Earth. Instead, she will celebrate her newfound freedom and just continue living her life. When a Libra woman decides to exit your life, let her be. Focus on your life and move on because she already did.

14. She Stops Flirting with You

Another sign that a Libra woman has already checked out of her relationship is when she stops flirting and initiating sex. Libras have a high sex drive and are flirtatious by nature. If a Libra woman stops being flirty and intimate with you, it’s a definite sign that she has already lost interest.

If your sex life has been stagnant for a while, and if you feel like you don’t feel wanted and desired anymore, confront her about it. Perhaps she’s upset with you over something, or she doesn’t want to be with you anymore. It’s better to have an honest talk about it as soon as possible than to drag out the relationship and continue being miserable.

One unmistakable sign that a Libra woman is done with you is apathy. If you get into an argument and she just doesn’t seem to care, you know that you’ve already lost her. Apathy is a clear indication that there’s no love anymore, and your relationship is near the end.

Dating a Libra woman can be quite an experience. With her dazzling looks, amicable personality, and astounding charisma, she can light up any room she goes and captures the heart of any man. However, when choosing a romantic partner, Libra women can be indecisive and tend to change partners quickly.

They also have high standards and don’t settle for less than they deserve. If you’ve been dating a Libra woman and you notice a change in her energy and body language, it’s possible that she’s been thinking of ending the relationship. But before you jump to any conclusions, talk to her about it and have an honest conversation about how each of you feels.