When a Cancer Man is Done With You (5 Suspicious Signs)

Ruled by the moon, Cancer men are generally faithful, dependable, nurturing, protective, and sensitive. However, they also have a tendency to be manipulative, vindictive, and passive-aggressive.

Because they don’t want to end the relationship themselves, they will exhibit certain behaviors to manipulate you into ending the relationship yourself. When a Cancer man is done with you, he might not tell it outright, but it will manifest in his actions. He will stop making efforts, he’ll stop including you in his social circle, and he may start being cold, distant, and rude towards you.

Being the most loyal, empathetic, and compassionate sign of the zodiac, Cancer men tend to drag out their relationships even after they lose interest. If you want to know if a Cancer man is done with you, here are some behaviors that you need to watch out for. 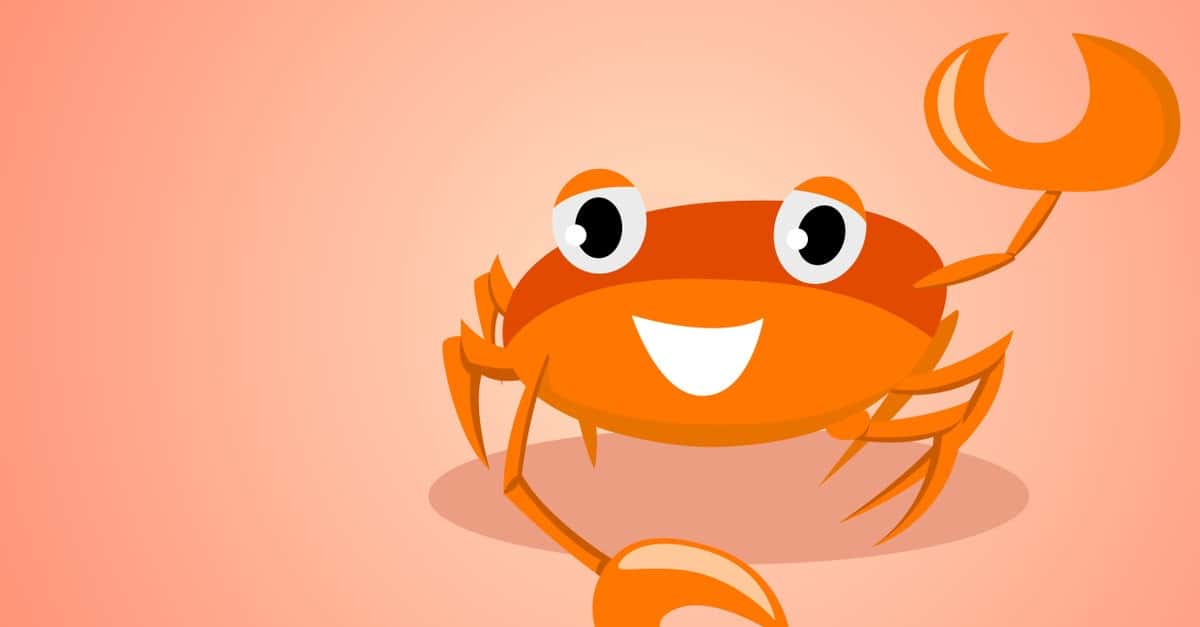 5 Signs a Cancer Man is Done With You

Represented by the crab, Cancer men are prone to crabby behavior. When a Cancer man is done with you, he won’t be bothered to regulate this side of his personality. You will notice that he gets easily irritated and cranky around you. He might stop laughing at your jokes, dismiss your opinions, and start criticizing the things that he used to find endearing about you.

Because Cancer men are prone to mood swings, they can be very difficult to get a read on. It might be hard to tell if they’re just having problems with their life or falling out of love with you. If your Cancer man is lashing out at you and showing you blatant disrespect, this is certainly a sign that he’s no longer interested in working on your relationship.

Confront him about why he’s acting this way. If he wants to terminate the relationship, accept it and move on. With the right man, you wouldn’t have to ask to be treated with respect and love. Stop wasting your time by dragging out the relationship that’s clearly not working out. Instead, open yourself up for new opportunities, romance, and adventures. 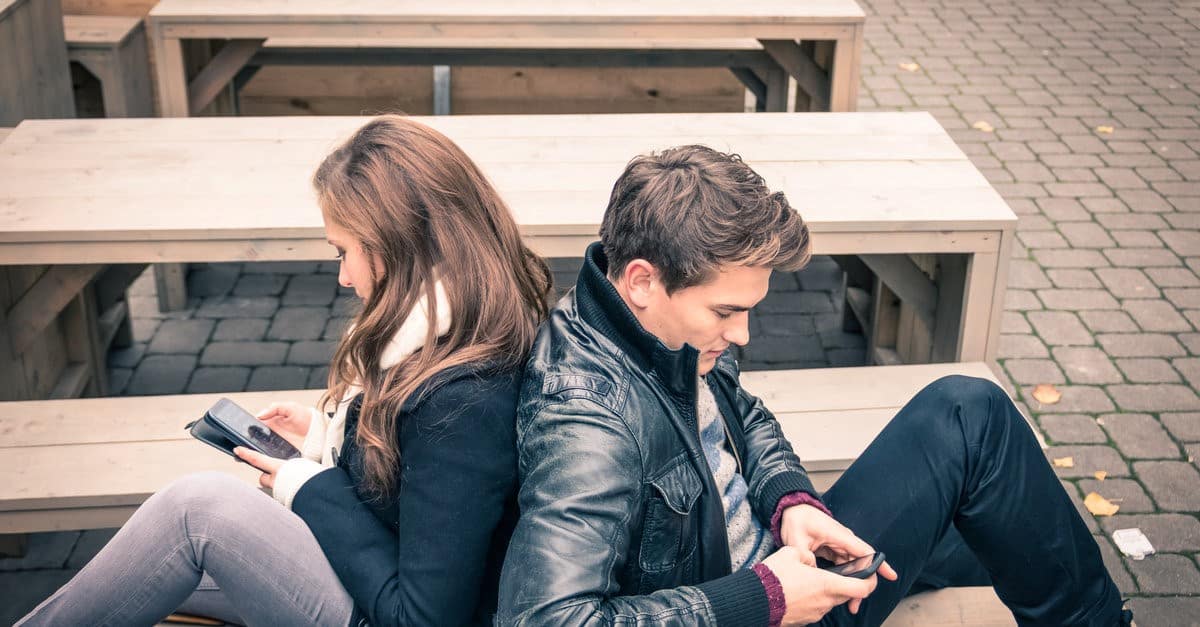 When the spark has died out, you might start to notice that you and your partner are no longer having deep and meaningful conversations. Your topics tend to be superficial and limited to work and the weather.

When a Cancer man is done with you, he might stop taking a genuine interest in your life and stop playing along with the inside jokes you had with them. What used to be long paragraphs is now reduced to a few words. He may even leave you on read, and it takes hours before he responds to you.

It might be a tough pill to swallow, but if you feel that the connection is lost, you should just let go. Reconnect with the things that bring you joy and allow yourself to hang out with other human beings.

When a Cancer man is done with you, he will start making excuses on why he can’t see you. He stops showing up for you during difficult moments of your life or on special occasions. If he always makes himself unavailable to you, this is a clear sign that he doesn’t care if he keeps disappointing you over and over again.

If a Cancer man truly wants to be with you, he will carve out a time to hang out with you. Learn to protect your energy and stop giving too much of yourself to people who never show up for you.

4. He Stops Sharing Anything with You

Another alarming sign that a Cancer man is done with you is when he stops sharing anything with you. When a Cancer man is falling out of love, he’ll no longer see any point in including you in his life and walking you through his innermost thoughts.

He’s probably too much of a coward to end it properly, so he will just let it fizzle out on its own and wait for you to take the hint and back off. Remember that his inability to have honest communication is not a reflection of your worth. You owe it to yourself to walk away and demand better for yourself.

5. He Stops Inviting You To Family Gatherings

When a Cancer man is done with you, he will likely start severing your ties with his social circle. Cancer men are generally family-oriented individuals. If they love someone, they’d want their partner to get along with their family and friends. When dating a Cancer man, you’re definitely in for a lot of family getaways, birthday parties, and reunions.

However, if a Cancer man is no longer interested in you, he will start excluding you from these events. Unless he has a justifiable reason for doing so, this is clearly a sign that your relationship is over.

Cancer men love making their loved ones feel special. They’re extremely sentimental and will go out of their way to make you feel loved. However, when a Cancer man is done with you, he will stop putting effort into the relationship. He will stop actively making you feel that he wants to be with you, and even your arguments are one-sided.

If he’s no longer making an effort to spend time with you and show you how much you mean to him, it’s definitely a sign that he’d fallen out of love. If a Cancer man wants you in his life, his actions will speak for themselves. Once he stops investing time and effort to nurture your relationship, it’s highly likely that he no longer sees you in his future.

Relationships require nurturing and consistent effort. If you feel like your Cancer man is neglecting you and taking you for granted, communicate your feelings with him. Be honest and direct with him. If he’s not willing to meet you halfway, let him go. 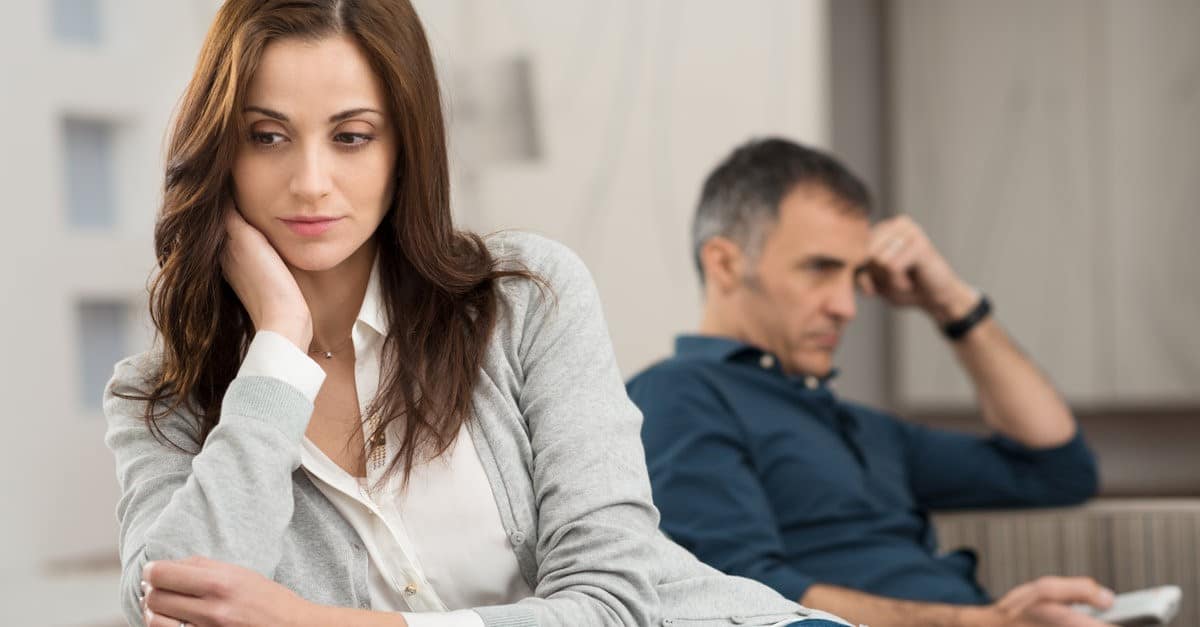 Cancer men are hopeless romantics. When they’re in love, they will spoil their significant other with grand romantic gestures and shower them with love and affection. Known to be the most sensual sign of the zodiac, one of their most common love languages is physical touch. When a Cancer man is in love, he will grab any opportunity to kiss you and be intimate with you.

However, when a Cancer man is done with you, he will stop trying to woo you and ask you out on dates. He may even stop saying I love you and stop using your terms of endearments. In the past, it might seem like he couldn’t get enough of you, but now he’s cold and distant.

When they’re showing you clear signs that they’re not into you anymore, don’t try to be a relationship martyr. Stop giving too much of yourself to people who don’t value you. Life is too short to stay in a relationship with someone who doesn’t make you happy.

8. He’s Pushing You Away

Cancer men, in general, are loyal, and they have a proclivity to try so hard to keep their relationship intact. They don’t easily give up on people. However, when a Cancer man is done with you, he will slowly detach himself from you.

When his actions reveal that he doesn’t want you in his life, let him go. It might be a hard pill to swallow, but it’s better to end the relationship than to stay with someone who doesn’t see your worth and doesn’t show up for you.

When a softhearted Cancer man suddenly acts cold and distant around you, it’s definitely a sign that he’s been thinking of breaking up with you. Cancer men wear their hearts on their sleeves. When he stops opening up to you and becomes emotionally guarded, consider this a sign that your relationship has reached its conclusion.

If a Cancer man is downright rude to you and deliberately denies you how you want to be treated, this is an obvious sign that he’d already emotionally checked out of the relationship. He wants to avoid hurting your feelings, so he wants you to end the relationship yourself.

When a Cancer man is done with you, he will not be afraid of showing you his worst because he has no intention of keeping you in his life. If he’s acting this way, release him. Dragging the relationship will only prolong both of your agonies.

10. He Doesn’t Ask You Out Anymore

Another clear sign that a Cancer man has fallen out of love is when he stops asking you out. Cancer men love showing off their significant other and making them special. If a Cancer man doesn’t make an effort to take you out on dates, this is definitely a sign that he’s done with you. Unless, of course, he’s afraid of getting bombed, catching COVID-19, or having social anxiety.

If your Cancer man is always critical of you and you feel like they’re always monitoring your actions, it’s probably because he doesn’t trust you. If you didn’t do anything that would warrant this type of behavior, it’s probably a sign that he’s over you. When a Cancer man is done with you, you might notice that he gets easily irritated at everything you do and gets angry at the slightest provocation.

When a Cancer man is done with you but doesn’t want to go through the hassle of a break-up, he will exhibit quiet subtleties to get you to end the relationship yourself. If he’s displaying any of the signs mentioned above, confront him about it and have an honest conversation.

If you’re reading this, there’s probably something wrong with your relationship. Remember that if a man wants you in his life, you will know. He will not make you wonder. No matter how much you love this person, sometimes walking away is the best option. You can’t force someone to love you. Stop overextending yourself for people who clearly don’t see your value. Instead, redirect your energy towards your goals and start building the life of your wildest dreams.