Despite their reputation as generous lovers and advocates for peace and harmony, Aquarius men can be pretty cold and rude when they no longer love or has any respect for you.

When an Aquarius man is done with you, he may not express it directly, but it will be evident in his actions. You may notice him starting to detach himself from you, behaving uncharacteristically rude around you, canceling plans at the last minute, and separating you from his friends and family. Aquarius men are usually direct and open, so he’s unlikely to keep you in the dark for long.

This article will go over some of the telltale signs that an Aquarius man is thinking of breaking up with you. If he’s showing any of these signs, it’s probably best to confront him about it right away so you can stop devoting your energy to someone who doesn’t love you and move forward with your life.

Surefire Signs an Aquarius Man is Done with You 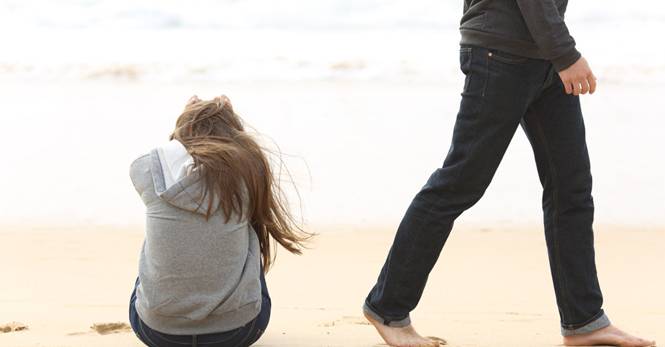 1. He No Longer Spends Time With You

Aquarius men generally place a high value on their freedom. However, if they’re committed to you, they will certainly make time for you. If your Aquarius man starts making up excuses about why he can’t spend time with you, it’s possible that he’s falling out of love with you. The only way to know for sure is to simply broach the issue with him and be honest about how you feel.

When an Aquarius man is done with you, you may notice him giving you the cold shoulder and cease being affectionate towards you. Aquarius men are known for their big philanthropic hearts, so when your Aquarius boyfriend suddenly starts to act mean, distant, and cold, this is an obvious sign that he’s been thinking of terminating your relationship.

Another clear sign that an Aquarius man no longer sees your relationship as viable is when he acts out and communicates with you in a hostile manner. It’s pretty common for Aquarius men to speak their minds with brutal honesty. However, when an Aquarius man is done with you, he will be unnecessarily harsh and unkind towards you.

He may even start picking out on things that he knows will trigger your insecurities and trauma just to show you he no longer gives a damn about how you feel. You may also notice that he’s becoming increasingly irritable around you, and you find yourself walking on eggshells because everything you do seems to annoy him.

When he starts acting this way, do yourself a favor and walk away. You owe it to yourself to look after your own welfare and stop tolerating toxic behavior from other people.

4. He Distances Himself From You

If you notice your partner being increasingly distant, this might be a sign that he’s reassessing your relationship. He may stop calling and texting you as often as he used to and no longer give you updates on what’s going on in his life. He may even ask for space.

While it’s not really unusual for an Aquarius man to seek solitude, when you feel it in your gut that he’s deliberately withdrawing himself from you, you’re probably right. The only way to know is to simply confront him about it.

5. He Stops Asking About Your Opinions

Aquarius men generally love asking their partner’s opinion on things. They crave intellectual stimulation and enjoy engaging in debates. If an Aquarius man is in love with you, he will want to know what makes you tick and your perspective on certain topics. He will want to talk to you about anything and everything every chance he gets.

However, when an Aquarius man is done with you, he will likely stop asking for your input on certain matters. He may even develop a general disinterest in you and make no effort in asking what’s going on in your life.

6. Your Conversations are Superficial 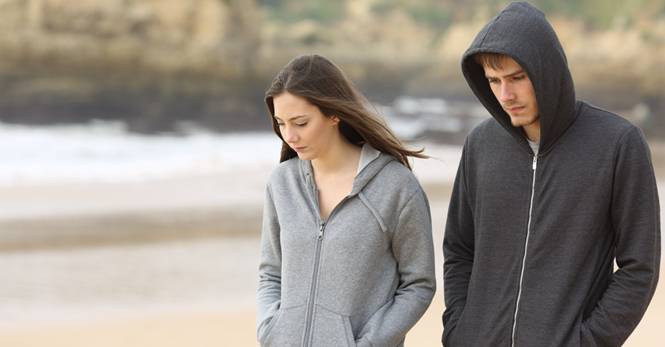 One more telltale sign that an Aquarius man wants out is when he’s frequently canceling plans at the last minute. If your man is constantly flaking out on you, he probably has other things going on in his life or is just simply no longer interested in spending time with you.

8. He Dismisses Your Needs

When an Aquarius man is done with you, you may notice him being dismissive about your feelings and needs. He might also stop supporting your interests and doesn’t show up for you on special occasions. If you find yourself feeling emotionally burned out in the relationship because your partner isn’t treating you right, it might be time for you to end the relationship yourself.

9. He Stops Going on Dates with You

Aquarius men are notorious for having adventure-seeking souls. They like to try out new things and explore different places. When you’re dating an Aquarius man, he will introduce you to his friends, and he will be eager to share adventure-filled experiences with you. If your Aquarius man no longer invites you to go out with him, this is a surefire sign that he’s thinking of breaking up with you.

10. He Separates You From His Friends

When an Aquarius man is done with you, he may start segregating you from his social circles. Unless he’s a hermit or doesn’t have a good relationship with this family, this is a major red flag. If you’ve been together for quite a while and he still hasn’t introduced you to any of his friends or family, he may be hiding you and may even be in a relationship.

Another red flag you should look out for if you think an Aquarius man is thinking of breaking things off with you is when he starts acting hot and cold. If he suddenly ignores your messages and drops off the face of the earth without an explanation, he might be going through some stuff he doesn’t want to talk to you about, or he’s simply just detaching himself from you.

12. He Stops Supporting You

If your Aquarius man constantly criticizes you, goes MIA when you need him, and doesn’t support you in your endeavors, it’s highly likely that he’s slowly withdrawing from the relationship. Aquarius men generally have big hearts for everybody. If he makes a conscious effort to seem cold and unkind towards you, he might be provoking you to end the relationship yourself.

If your Aquarius man usually has a high sex drive but suddenly avoids being intimate with you and no longer make any effort to show you he loves you, this could be a sign that he’s falling out of love. However, before jumping to a conclusion, you need to thoroughly examine the nuances involved in your situation, as his actions may not even have anything to do with your relationship.

Avoiding intimacy could also be triggered by sexual assault, anxiety, depression, feelings of inadequacy, or low self-esteem. For instance, if he gained weight, he might refuse to let you see him naked for fear of judgment and abandonment.

14. He Doesn’t Include You in His Plans

Another sign that your Aquarius man has already checked out in your relationship is when he’s no longer including you in his plans. He might avoid talking about the future with you and starts making you feel like an outsider in his life.

15. He Redirects His Energy to His Hobbies

When an Aquarius man is done with you, he might reroute his energy to other things. He may spend more time hanging out with his friends or playing video games. While it’s not unusual for Aquarius men to have a lot on their plate and prioritize their humanitarian goals over their relationship, when he stops making an effort to squeeze you into his schedule, it’s highly likely that he’s done with you.

16. He Seems Bored Around You

When an Aquarius man makes it apparent that he’s not having fun with you, it’s possible that he’s contemplating ending your relationship. However, you need to be upfront with him about why he’s acting this way, as he may be dealing with issues that have nothing to do with you.

17. He Stops Trying to Impress You

If your Aquarius man no longer tries to impress you, it could be an indication that he’s dissatisfied with the relationship. An Aquarius man loves to be perceived as a great and altruistic person. If he no longer cares what you think of him and continues to do things that trigger and make you uncomfortable, he most certainly no longer cares about you.

It might be a difficult pill to swallow, but the sooner you end it, the less time you waste investing in someone who doesn’t see a future with you. Once you realize you’re in a sunk cost situation, you owe it to yourself to cut your losses and walk away.

18. He No Longer Laughs at Your Jokes

Another clue that an Aquarius man is unhappy with your relationship is when he stops laughing at your jokes or even pretends to. However, Aquarius men have a low tolerance for bullshit, so it’s possible that he just doesn’t find your joke amusing. Nevertheless, when you feel it in your gut that he doesn’t want to be with you anymore, you’re probably right.

Aquarius men generally have a strong internal compass that guides them in determining what they want out of life. When an Aquarius man is done with you, he’d likely flat out tell you to stop wasting both of your time. If your Aquarius man is exhibiting some of the behaviors listed above, there’s a good chance that he’s about to split up with you.

And when he does, let him. Focus on building the life you want and learning to love and accept yourself. Remember that being with any man can never truly make you happy and fulfilled if you’re not happy with yourself.