Looking into your birth chart can give you insights on your personality such as characteristics, traits, likes, and dislikes. Comparing the signs and aspects of your birth chart with another person’s can help determine your compatibility as partners.

A Taurus-Taurus couple is among the most compatible pairings. The similarity in their personalities allows them to be on the same page in a lot of aspects. Moreover, Taureans are highly in tune with their sensuality and emotions, making them sensitive to each other’s needs in a relationship.

Most people tend to look at their Sun sign to ascertain their compatibility with someone. For a more comprehensive and holistic analysis, it is also important to look at other signs, such as Moon, Rising, and Venus, and to consider the intrinsic characteristics of the Taurus sign itself, such as its ruling planet, its element, and its modality.

Characteristics of a Taurus 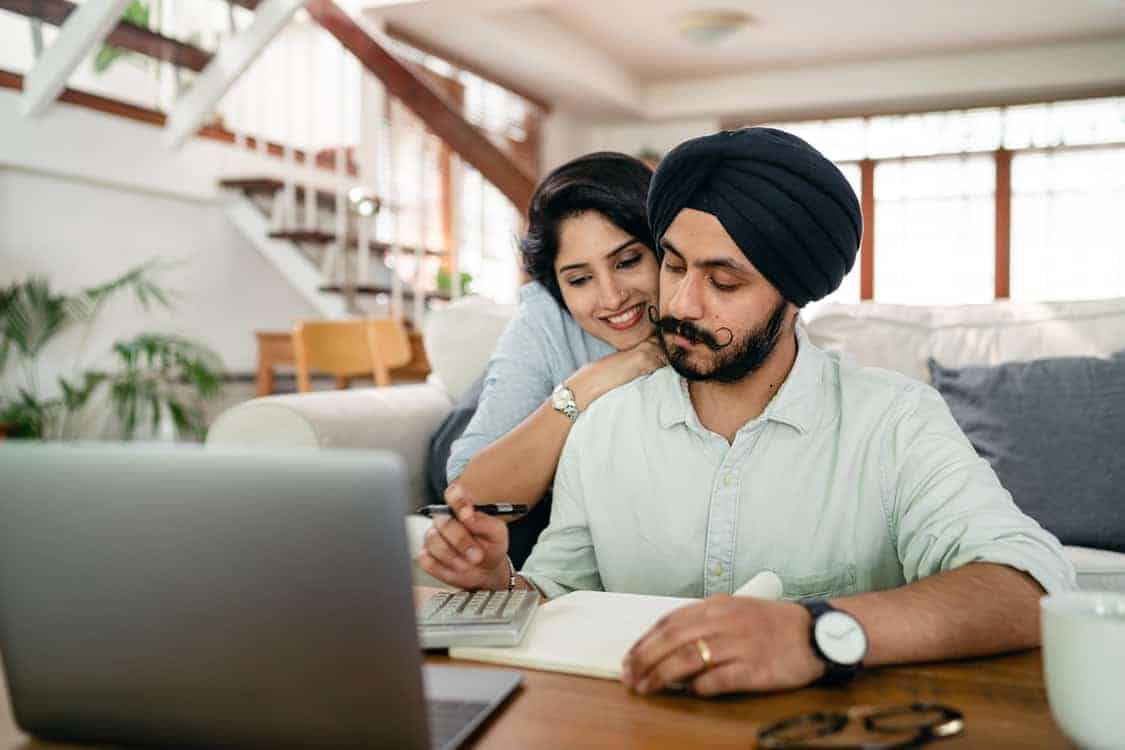 Taurus (April 20 to May 20) is the second astrological sign represented by the Bull. Taureans are stereotypically associated with stubbornness; however, they are also known to be honest, diligent, and practical.

Taureans are also known to be creatures of habit. They like routines, and the comfort and stability that it brings.

Taureans are not afraid of hard work. They are very ambitious and will not stop until they reach their goal.

Moreover, Taureans are very sensual. They are very much attuned to the world around them. They gain pleasure from being surrounded by beauty and luxury.

With that said, the stereotype that Taureans are stubborn hold some truth. They have a dislike of authority and would rather do things in their own way. Corollary to this, they are firmly set in their own ways. It is difficult to get a Taurean to change their mind.

Likewise, Taureans can also be massive perfectionists. They have a vision of what they believe is right or have a set of standards for themselves, and will do anything to achieve that. 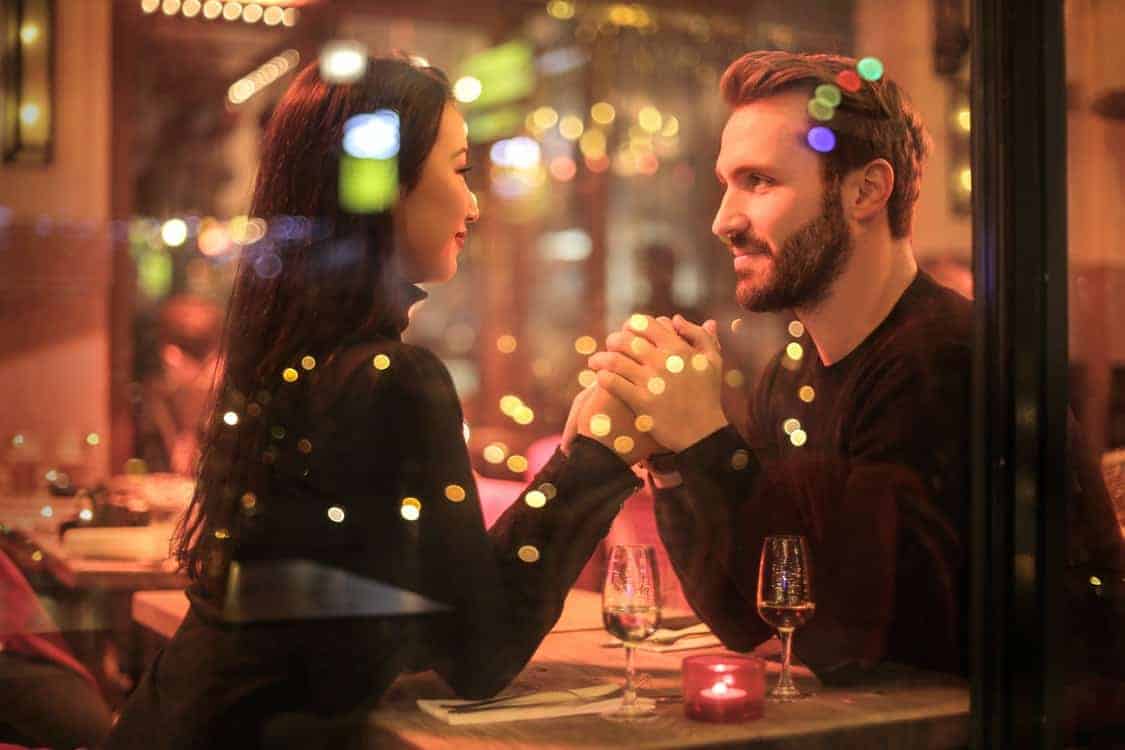 As illustrated above, Taureans are creatures of habit. This means that change is not something they actively seek. Thus, falling in love is usually a slow process. First dates are essential as Taureans take this opportunity to truly get to know their partner.

Once the relationship is already established, Taureans commit and give their all into it. Their sensuality and constant need to be surrounded by love and comfort make them effortful. This is complemented by their quality of diligence.

Two Taureans in a relationship also tend to settle into familiar habits, including dates at the same places, dinners at the same restaurant, and more. This is borne out of their inclination to routine. This often gives them the reputation of an old married couple.

However, this can also lead to a stagnation in the relationship. Couples who are both Taureans get criticized for their lack of spontaneity and variety.

Likewise, their inherent stubbornness may also result in bickering and arguments. Issues in the relationship may also not be easily resolved because of their resistance to change.

But at the end of the day, it is Taureans’ dedication and commitment that can ultimately save the relationship. Their devotion to each other will inspire them to work on their relationship so as not to let it crumble.

Based on Sun sign alone, the Taurus-Taurus pairing is very compatible given the similarities of their needs and perspectives in relationships.

1. Compatibility Based on Ruling Planet

Taurus is ruled by the planet Venus — the planet of love, beauty, luxury, attraction, values, and satisfaction. This means that Taureans are not ones to shy away from love. In a relationship, they fully commit to their partner.

This also denotes an emphasis on sensuality and on the pampering of senses. In short, they will not hold back on spoiling their partner with material things. This plays in with their desire to be in an aesthetically pleasing environment.

The similarity of their tastes when it comes to material proclivities is also in their favor as this makes it easier for them to partake in activities that will strengthen their bond.

2. Compatibility Based on Element 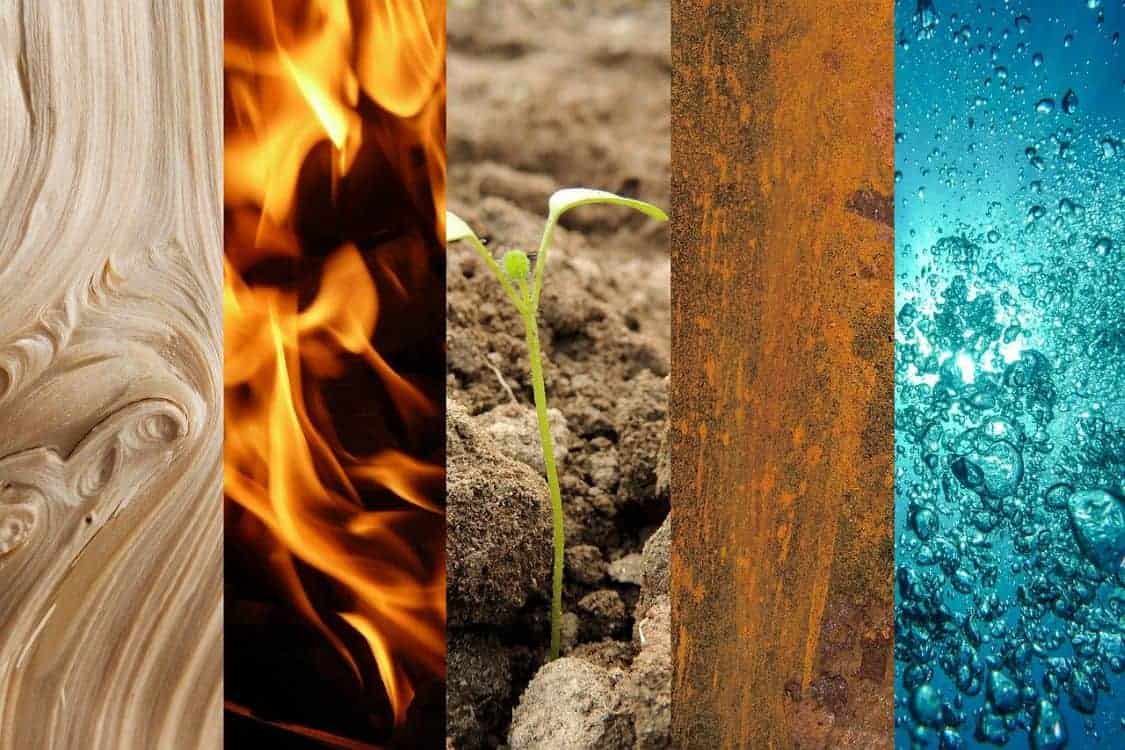 The 12 zodiac signs are divided into four natural elements: fire, water, air, and earth. Knowing which element your Sun sign falls under can give you more insight on your nature. Likewise, it can impact how well you get along with another person.

Taurus is part of the group of Earth signs. This means that they are usually grounded, practical, and wise. Quite literally, this also points to their love of working with nature and surrounding themselves with greenery.

The general rule of thumb is that signs in the same group will get along well. Taurus-Taurus couples benefit from this, as they are both Earth signs.

However, Taureans must be careful not to navigate life simply through logic. They have a tendency to be inflexible, as evidenced by their love of routine and aversion to change. Every now and then, Taurus-Taurus couples must introduce some change or excitement into their relationship.

3. Compatibility Based on Modality

Besides elements, Sun signs are also classified according to modalities: cardinal, fixed, and mutable. Each modality has a unique way of dealing with the world. Each modality is also linked to a specific time in the season: the cardinal begins the season, the fixed is in the middle, and it is ended by the mutable.

Taurus has a fixed modality. As the name suggests, fixed signs emphasize stability in their lives. Once they commit to a goal or to a person, they become fully dedicated. This can be a good trait or a bad one depending on the situation.

A Taurean’s perseverance makes them loyal and genuine to their partner. They will do everything they can to satisfy their significant other’s needs, be it physical, sexual, or emotional.

However, this may translate as stubbornness and rigidness in certain circumstances. Resolving issues individually and within the relationship may be made more difficult due to a Taurean’s resistance to alteration.

Having both partners be a fixed sign can prove to be essential in building the foundation of a long-term relationship and solidifying their commitment to each other. 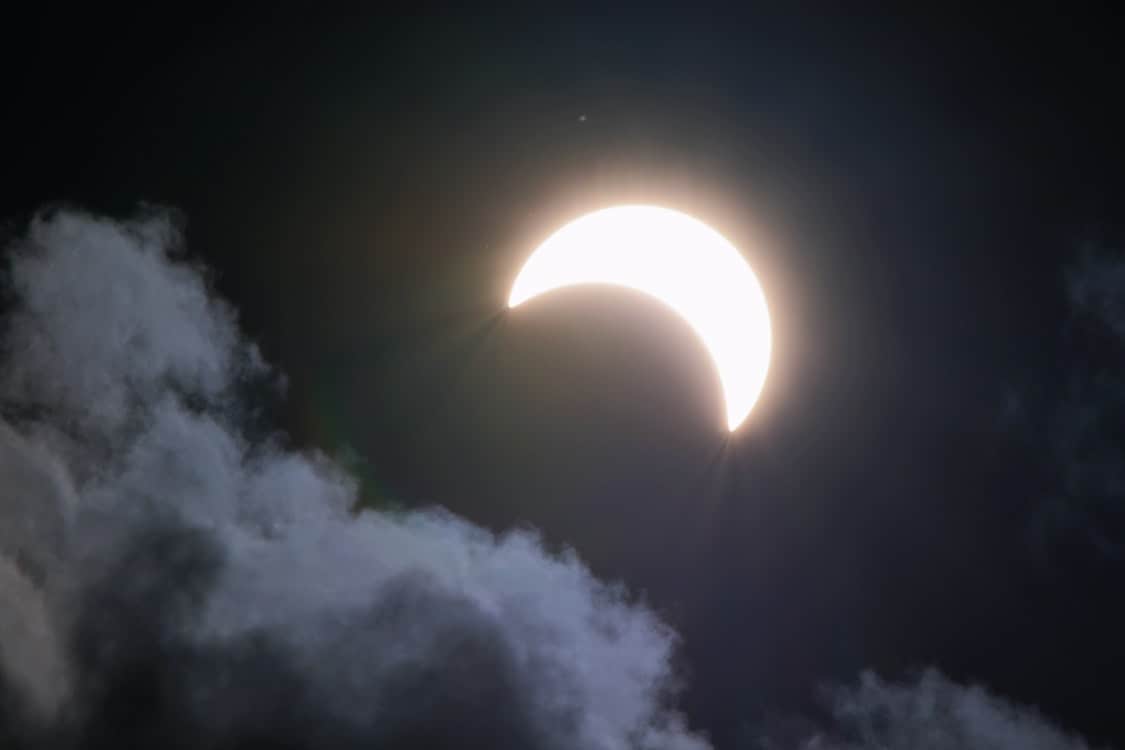 Besides the Sun sign, your birth chart contains more planets and signs, including Moon, Ascendant or Rising, Mars, and Venus. You can get valuable insight on different aspects of your personality by understanding each planet in your astrological profile.

The Moon represents your inner self and your emotional capacities. Your Moon placement shapes the way you connect with other people and also indicates your comfort zones.

Your Rising sign influences how you present yourselves to others. This is your social identity, and your Rising sign greatly impacts other’s first impression of you.

These two signs, along with the Sun sign, are commonly referred to as the big three. They are the most discussed aspects of a birth chart.

Your placement in Mars influences your drive, ambitions, and passions. Furthermore, it influences how you respond to anger, frustration, and how you communicate as a whole.

Your Venus sign dictates how you maneuver through relationships. In particular, it says a lot about how you view love and value, and how you show this to the people around you. 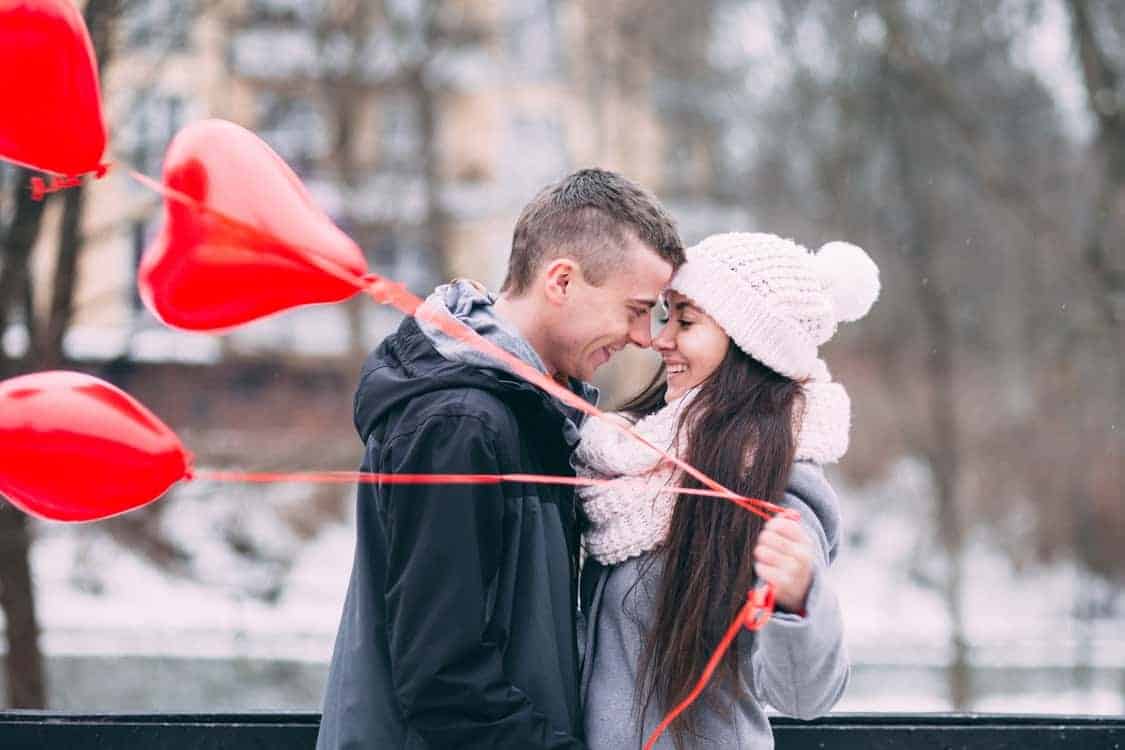 The Moon is exalted in Taurus, meaning that it is well-placed and that its effects will be amplified. Those with their Moon in Taurus thrive in familiarity, sensuality, and romance.

Taurus Moons are generally more responsive and receptive than they are active. This may lead to a tendency to seem passive or cold, but they are actually quite sentimental and affectionate.

However, given the qualities mentioned above such as perseverance and commitment, Taurus Moons never give up on a relationship they think is worth saving. Partnerships with both parties having their Moons in Taurus are very likely to continue in the long-term.

One’s ascendant or rising sign is your public persona, which will affect people’s impressions and opinions on you. As stated above, Taureans take their time falling in love and getting into a relationship. The first date is a pivotal moment to decide if they are willing to commit.

A Taurus Rising will pair well with another Taurus Rising, due to the familiarity that one person will exude to the other given their similarities.

With that said, Taurus Rising-Taurus Rising couples are also susceptible to issues of mundanity and stagnation in the relationship.

Those with a Taurus placement in Mars value patience and long-term goals. Additionally, they are inherently patient, stable, and sensual. Being surrounded by beauty can give people with a Taurus Mars a lot of inspiration and contentment.

With that said, Taurus Mars are slow to anger. They rarely get angry at all, but when they do, it is intense. Taureans are represented by a bull for a reason.

Taurus Mars take it slow when it comes to relationships. However, they value pleasure and will make sure that their partners’ five senses are spoiled and satisfied.

Two Taurus Mars are highly compatible, especially in sexual relationships, as they will devote themselves to the satisfaction of their partner. Additionally, this similarity extends to their needs and desires within and outside the relationship, which they will know exactly how to sate.

Taurus Venus are stable and committed lovers. They are patient, consistent, and reliable as a partner.

However, as noted in previous sections, placements in Taurus tend to resist change. Taureans can be stubborn and inflexible, and their routines may become too monotonous over time. Switching it up every now and again will help sustain a relationship between a Taurus Venus and another Taurus Venus.

Analyzing birth charts can be a great way to get to know someone better and determine compatibility between two people. As seen above, Taurus-Taurus couples are especially compatible given the similarities in their personalities, tastes, and values. Having this in mind can be the first step to establishing a long and healthy relationship.