Gray Aura Meaning: Everything You Need to Know

An aura (from the Greek word avra, meaning breeze) is an energetic field emanating from both living and nonliving things. It can be seen as one or several colors surrounding a person. Auras can reveal an immense amount of information about a person, including their personality and current overall well-being.

Gray is a mixture of black and white, making it one of the most challenging aura colors to understand. If you wish to learn more about this aura color, you might want to explore its distinguishing traits and relate them to your personality and behavior.

Meaning of the Gray Aura 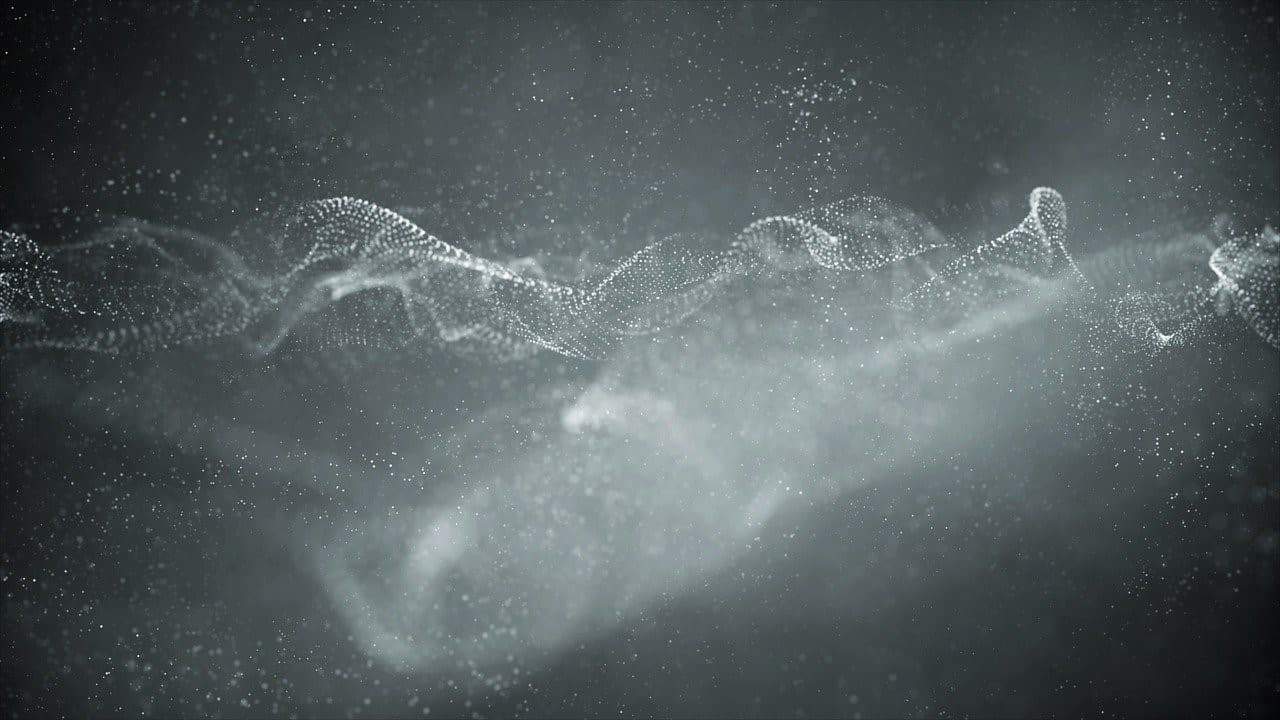 As previously mentioned, a person’s aura can be in one solid color or multiple colors. Gray itself is considered a neutral, unemotional color. It’s associated with detachment, impartiality, and indecision.

According to color psychology, this color indicates compromise. This association is very fitting, given that in a color spectrum where white and black are at the ends, gray is in the middle.

Consequently, gray represents transition, making gray one of the most challenging aura colors to define and describe. As gray gradually gets closer to black, the more ambiguous it becomes. A grayish-black aura color, for example, indicates malevolence and cruelty.

On the other hand, gray turns to something more enlightening as it approaches white. A creamy white aura color signifies idealism and humanitarianism.

In general, gray evokes stability, composure, and relief from a chaotic situation or environment. At the same time, gray is inactive, devoid of emotion, and reserved. This color can be dull, gloomy, and depressing, but it also has the potential to be elegant, practical, and reliable.

In a nutshell, a gray aura color indicates impartiality, compromise, and control. The possible negative connotations of this aura color include indecision, disinterest, detachment, and depression. 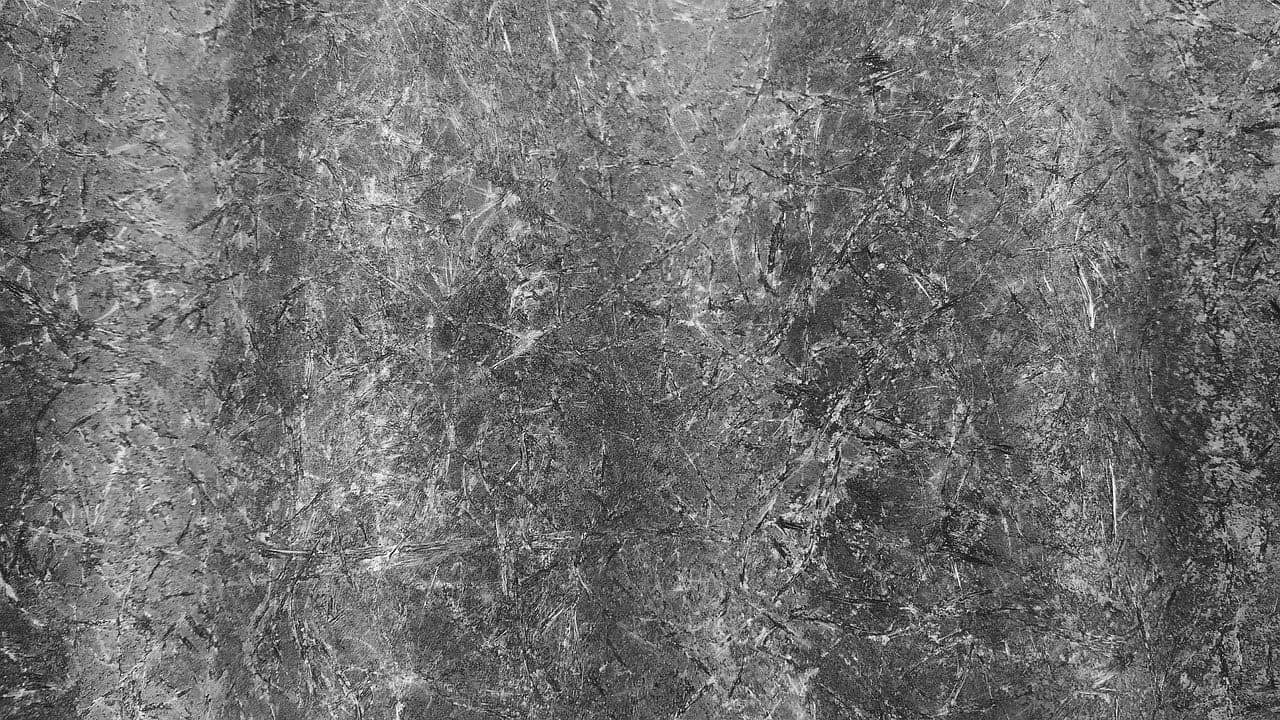 The variations of a gray aura color have different meanings. The lighter hues of gray soothe, calm, and enlighten. The darker ones signify tradition, rigidity, and constraint.

Having a gray aura can indicate that you’re currently in the middle of a journey. This journey might be about your spiritual growth. It can also be about a transition you’re going through in your life.

If you have a light gray aura , you’re likely letting go of the lower frequency energies and welcoming more positivity in your life. You might be finding more about yourself or choosing the right path for you.

If your aura color is a darker shade of gray , you might currently be having an internal struggle. You’re being restricted to advance further, or you feel as if you have no direction in life.

It’s common for people to have a tinge of gray in their auras. However, it’s rarely seen as a dominant aura color. A gray aura around the head means that you might be having a headache.

If the gray is smudged in your etheric body, it’s a sign of the beginning of an illness. Likewise, a hint of muddy gray in your aura indicates that you’re being devoured by fear, dread, or worry.

As previously mentioned, the variations of a gray aura color have different meanings. Bright gray signifies a lack of imagination or selfishness. On the other hand, dull gray implies melancholy, boredom, and anxiety.

On Gray Aura Personality and Behavior 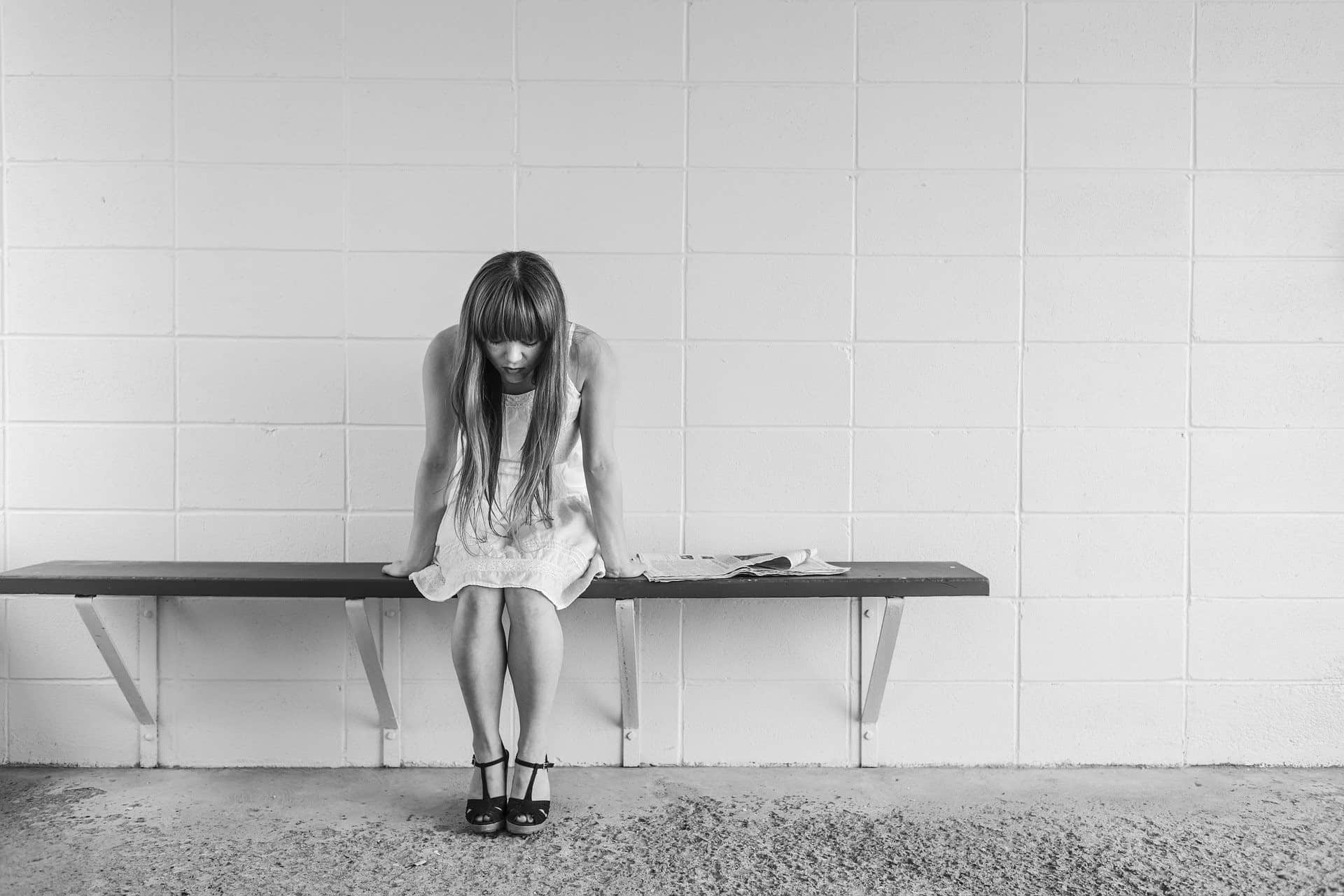 Bearers of a gray aura are almost always neutral and impartial, sometimes to the point of being passive. Although they might be emotionless, they’re mature, intellectual, and modest.

People with a gray aura value safety and comfort more than anything else. They tend to protect themselves from the harshness of the world, and therefore, they mostly keep to themselves. They’ll avoid situations that will cause them emotional pain or mental stress as much as possible.

Although they isolate themselves from the outside world most of the time, they still enjoy interacting and hanging out with their friends. Bearers of a gray aura are trustworthy, making them some of the greatest confidantes a person can have.

Interestingly enough, many people with a gray aura (specifically a medium gray aura) are old souls. A person with an old soul has gone through several incarnations, and in this process, gained wisdom and a deep connection to their soul guides.

They usually work behind the scenes and dislike being under the spotlight, but they’re selfless and always try to put other people’s needs before their own. When it comes to romantic relationships, people with a gray aura tend to be hesitant and unsure about their feelings.

How to Purify Your Aura

Hints of dark gray in your aura indicate low-frequency energies. Other factors such as the people you interact with, the state of your surroundings, and the situations you currently face contribute to the weakening of your aura. Therefore, it’s of utmost importance that you purify it to improve your physical, emotional, mental, and spiritual well-being.

Use Water to Cleanse Your Aura 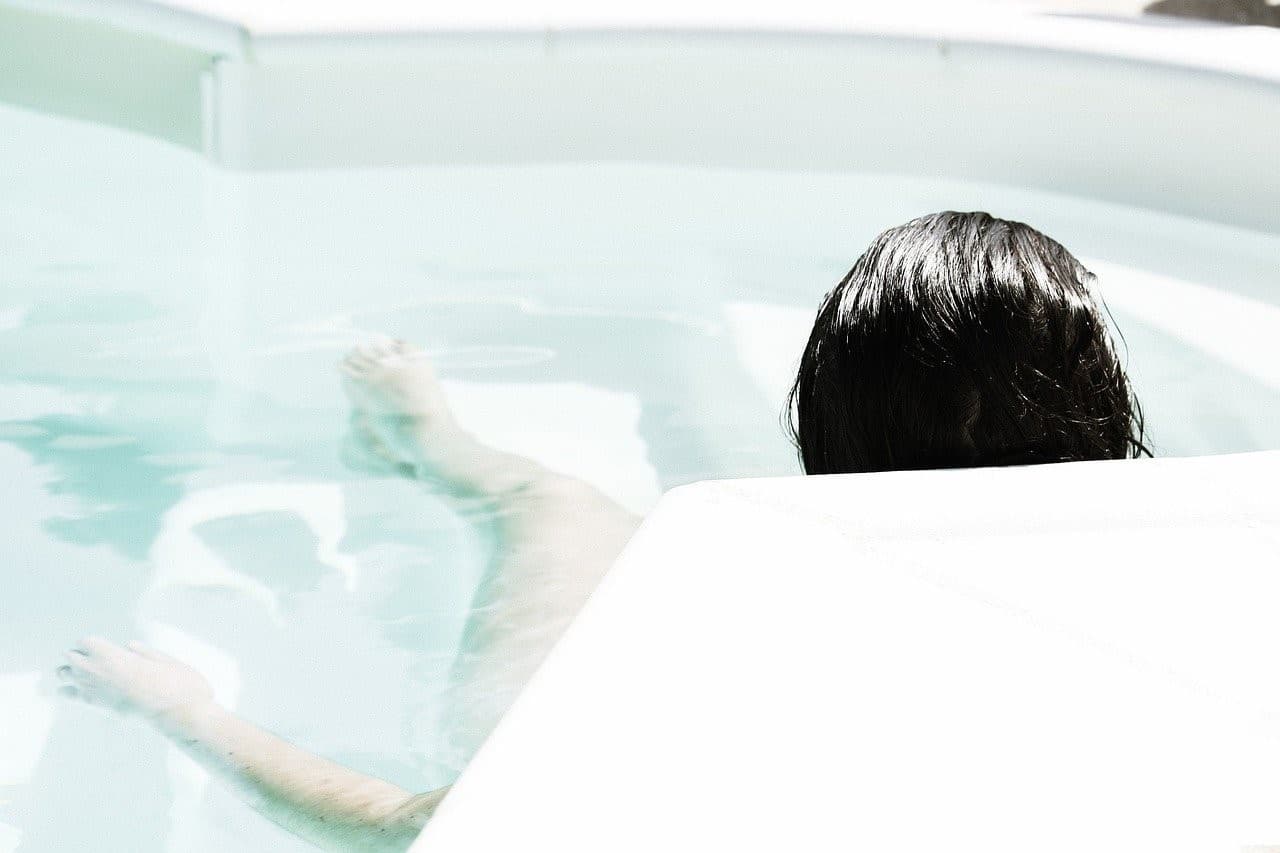 Water is one of the best, if not the best, element for aura cleansing and purifying (and spiritual cleansing in general) because it serves as a conduit of universal energy. It can clear blocked energy paths and dispel negative energy that you might have absorbed from other people or your surroundings.

Taking an aura cleansing bath or shower will rejuvenate not just your body but also your soul. It’s advisable to add salts with healing properties, such as Himalayan sea salt and Epsom salt in your bath.

You can also burn sacred herbs and flowers while relaxing in the bathtub to purify your aura. The use of essential oils (e.g., lavender oil, rosemary oil, frankincense oil, etc.) while taking a bath can also help clear your energy and auric field.

Smudge Your Aura with Sacred Herbs 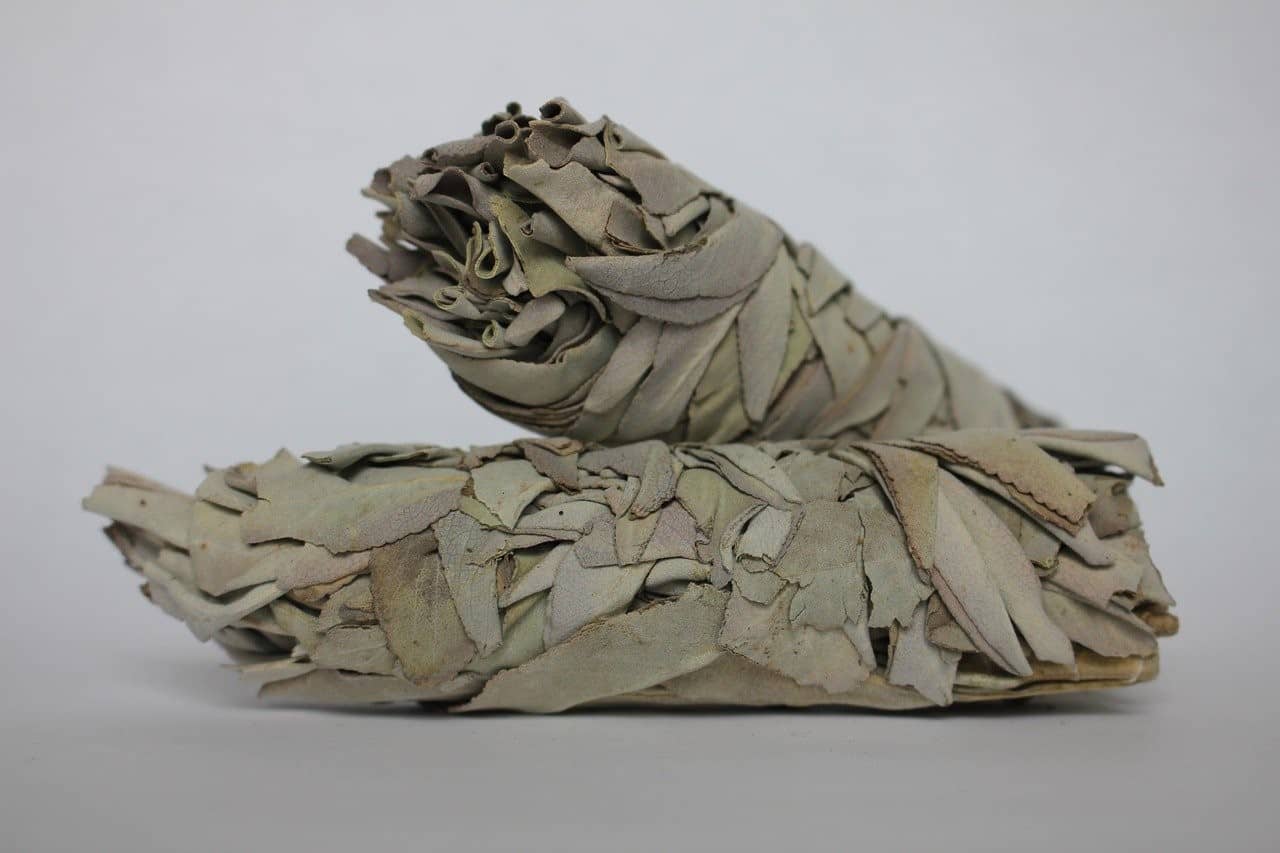 Smudging is an ancient ritual that helps clear stagnant or negative energy by burning sacred plants, such as white sage, rosemary, and mugwort. This ceremony raises vibrations and removes negativity. Hence, smudging is commonly done before doing actual spiritual work.

A Prayer for Smudging

Cleanse my hands so that I can create wondrous things.

Cleanse my feet so I can walk on the path I chose.

Cleanse my heart so I can receive messages from my spirit guides without difficulty.

Cleanse my throat so I can only speak the truth.

Cleanse my eyes so I can see the beautiful things in front of me.

Cleanse my auric field so I can improve my overall well-being.

Some Sacred Herbs for Smudging You Can Use

Do the Aura Combing Exercise 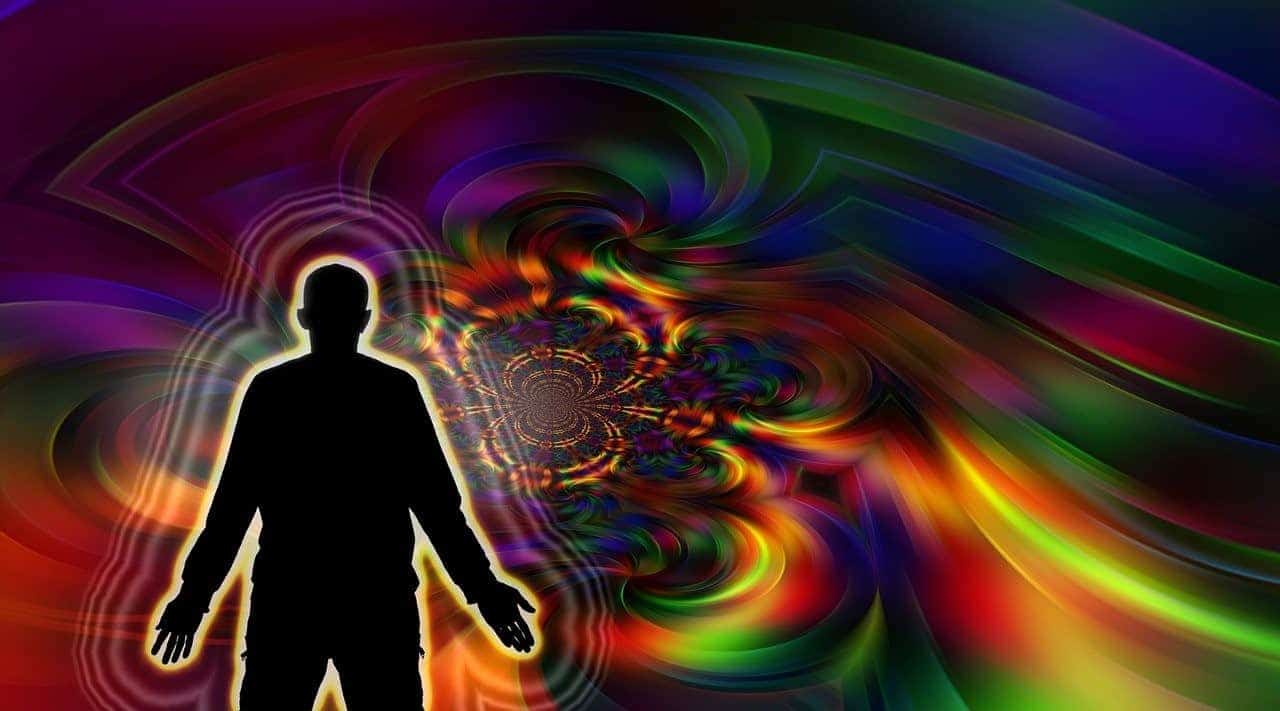 One method used for aura purification is the aura combing exercise. You can perform this aura cleansing exercise by doing the following steps.

Although you can purify your aura by yourself by doing the purifying methods mentioned above, you might still want to consider seeking the help of an aura healer. An aura healer can help you clear blocks and dispel negative energies.

Most aura healers offer distant healing or remote healing. Regardless of distance, they can help you address your physical, emotional, mental, and spiritual issues brought by a stained or unbalanced aura.