Aries and Pisces Soulmates: How Compatible Are You?

Astrology allows us to correlate the position of the sun, moon, and stars to terrestrial events. Your natal chart or horoscope can help you find answers to your questions about any area of your life, such as your career, health, and relationships. If you wish to know more about your soulmate, you can also use your birth chart to determine your compatibility.

Relationships between water (Pisces) and fire (Aries) can be challenging due to their opposite personalities and temperaments. Surprisingly, Aries and Pisces make a good pair. When in a relationship, this duo uses their differences to bring out the best in each other.

When analyzing your natal chart to know about relationship compatibility, the most fundamental component you should know is your Sun sign. Your Sun sign reflects your consciousness, vitality, and essential character. For a more in-depth analysis, you should also assess other components of your birth chart, such as your Moon, Venus, Mars signs.

Compatibility of Aries and Pisces 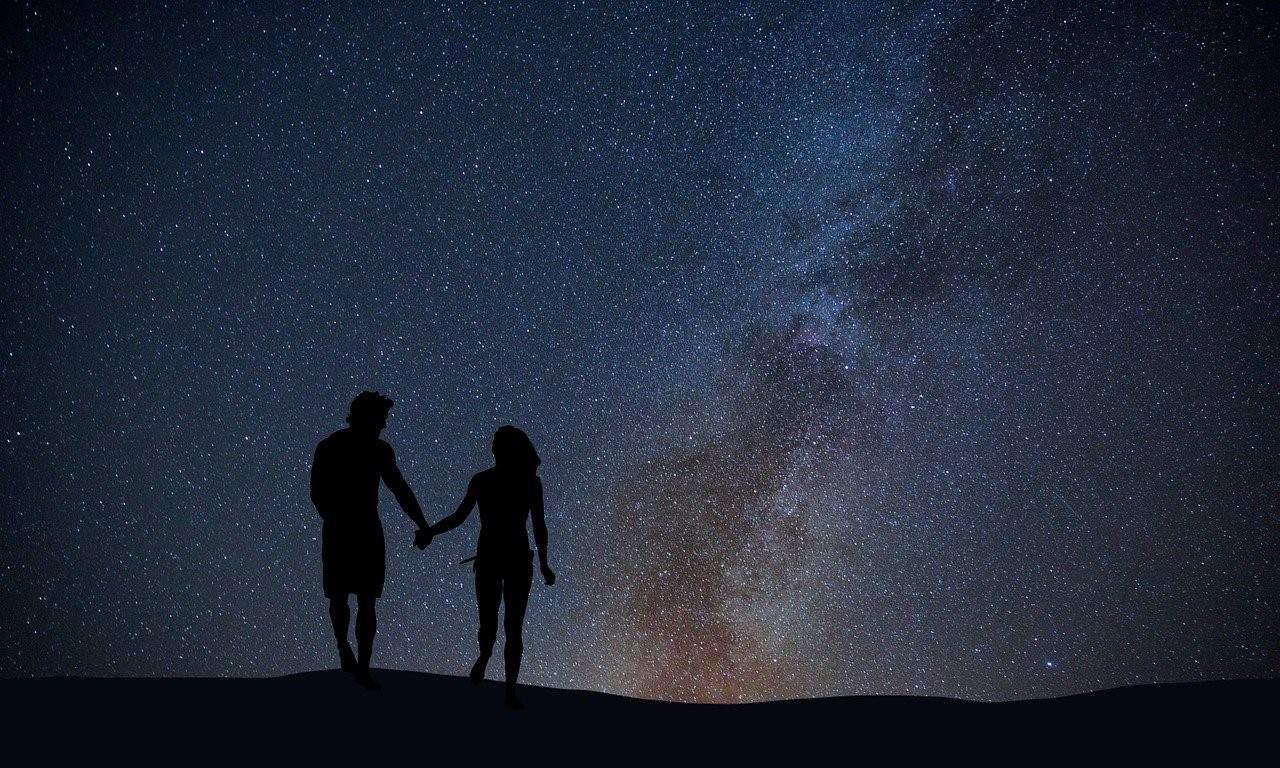 Aries (March 21 to April 20) is the first house of the zodiac and the de facto leader of the astrological signs. With the Ram as its symbol, it’s hardly surprising that Aries is known for its assertive, aggressive, confident, and adventurous nature.

Aries doesn’t hesitate. They’re bold enough to spring up to action anytime, anywhere. Although being bold and brave is admirable, acting on impulse can put them at a disadvantage.

On the other hand, Pisces (February 19 to March 20) is the more compassionate, sensitive, dreamy, and gentler one of the two. Pisces is the twelfth and last sign of the zodiac, and it embodies the characteristics of all the zodiacs that preceded it. They give much importance to their spiritual growth and inner journey.

At first glance, these two signs seem to be an unlikely pair. One is confident, energetic, and action-oriented, while the other is creative, dreamy, and imaginative. Interestingly enough, Aries and Pisces use their differences to help each other become the best versions of themselves.

Aries tend to be too reckless and adventurous at times, and Pisces reminds them to take things slow and think twice before acting or making a decision. At the same time, Aries infects Pisces with their enthusiasm.

While Aries acts on a whim, Pisces is busy daydreaming. Since Aries is inherently assertive and dominating, they tend to take the reins of the relationship. Fortunately, Pisces is more than happy to let Aries take the lead.

As mentioned earlier, Pisces is imaginative and dreamy. They tend to stay in their dream world and run away from reality. Luckily, Pisces’ energy grounds them and encourages them to face problems head-on.

Compatibility Based on the Signs’ Ruling Planets

The planet Mars dominates the first house of the zodiac. Reminiscent of the Roman God of War with the same name, Aries is persistent, daring, free-spirited, and full of vigor.

Meanwhile, Pisces is dominated by the ruling planets of Neptune and Jupiter (ancient ruler). Neptune is closely linked with compassion and spiritual transformation. It’s also associated with spirituality, mysticism, and imagination.

On a negative note, Neptune’s influence on Pisces makes people born under this sign prone to deception and extreme sensitivity. As mentioned previously, Pisces likes to daydream, sometimes to the point of wanting to escape reality.

Aries tugs Pisces back to earth and helps them realize that sometimes reality can be better than fantasy. Mars’ influence on Aries helps Pisces bring some action to their life.

Compatibility Based on the Signs’ Elements 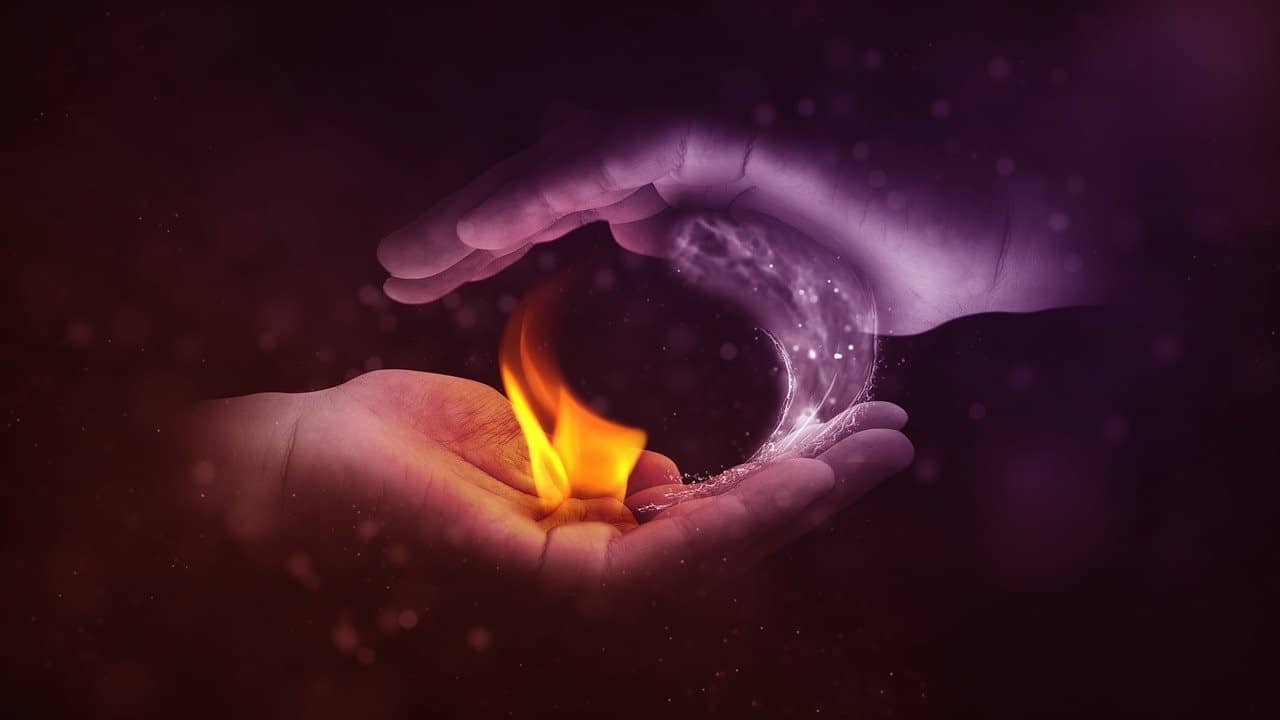 The astrological signs are grouped into four natural elements (fire, water, air, and earth). These four elements reflect our ways of perceiving and living life.

The fire signs Aries, Leo, and Sagittarius, are the most passionate and intense out of the bunch. Aries, being the first house of the zodiac, is also the leader of this subgroup.

On the other hand, the water signs Cancer, Scorpio, and Pisces are the most creative, imaginative, and sensitive among all the astrological signs. Pisces, the most intuitive and receptive water sign, is also the most compassionate.

As stated earlier, fire and water signs seldom mix well. After all, the heat of the fire makes water evaporate, and water extinguishes the fire. Such contrast surprisingly works for the Aries and Pisces pair.

Compatibility Based on the Signs’ Modalities

The astrological signs can also be grouped into three qualities or quadruplicities (also called modes or modalities). The three modes in the zodiac are cardinal, fixed, and mutable.

On the other hand, Pisces is a mutable sign like Gemini, Virgo, and Sagittarius. The mutable signs are known for their adaptive, energetic, and social nature.

Pisces isn’t competitive like Aries. They’re happier to lend a helping hand than take the initiative and lead. This setup works for both of them and is a positive factor in their relationship.

Moon, Venus, and Mars in the Signs: Aries and Pisces Compatibility 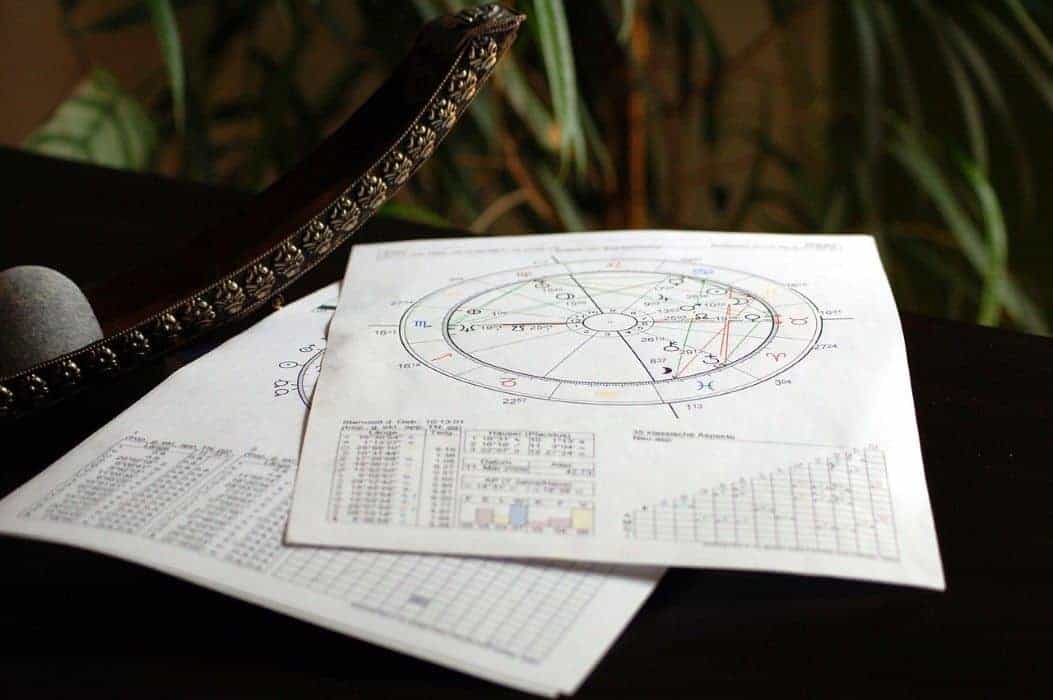 There’s a famous aphorism that goes, as above, so below. Astrology tells us that the position of celestial objects affects our lives on earth. Since astrology readings can answer almost any question (whether about the past, present, or future), they can also give us information about our relationship compatibility.

Astrologers take a look into the natal charts of the people involved and then analyze the dynamic of the relationship based on different aspects. As stated previously, there’s so much more to your birth chart than the information you get from your Sun sign.

If you wish to learn more about your compatibility with someone else, you should study other components of your chart. Aside from your Sun sign, you can examine your Moon, Venus, and Mars signs to know about the potential of your relationship. 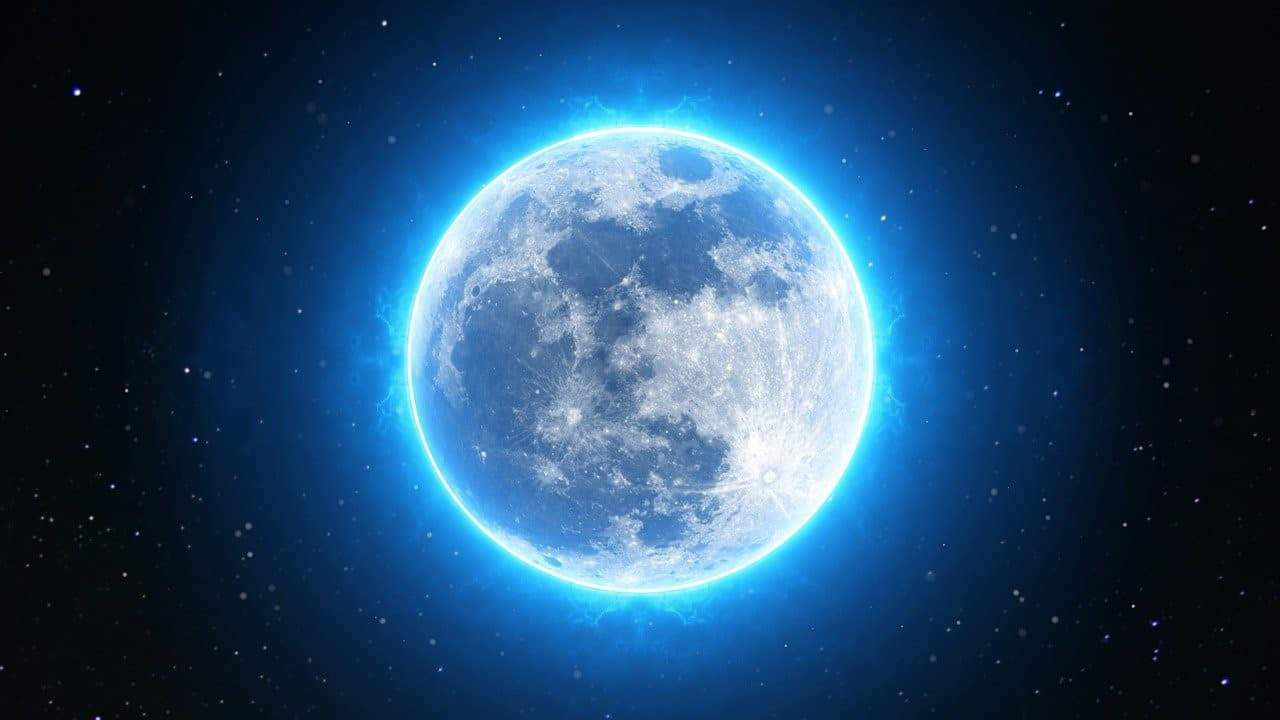 The Moon is associated with feminine or yin energy. The Moon in the signs describes our emotional outlook in life, as well as our needs, habits, behaviors, and reactions.

People with Moon in Aries are confident, ambitious, and independent. They also tend to wear their hearts on their sleeves. Because of their impulsive nature, they’re prone to sudden outbursts that they regret eventually.

People with Moon in Pisces don’t appreciate Aries Moon’s quick temper. Although they’re the most compassionate among the signs, they’re also the most sensitive. Hence, they tend to be more emotionally hurt.

Aries Moon might be surprised, or worse, irritated because of Pisces Moon’s sensitive and non-confrontational nature. Their differences in their emotional responses don’t end there.

Pisces Moon is more passive and dependent on their loved ones, while Aries Moon strives to be independent. For their relationship to work, Aries Moon must be more patient and understanding of Pisces Moon’s tendency to escape reality.

At the same time, Pisces moon should try their best to figure out their emotions and communicate with their partner to settle arguments or misunderstandings right away. Aries Moon should also take caution not to take advantage of Pisces Moon’s passive nature. 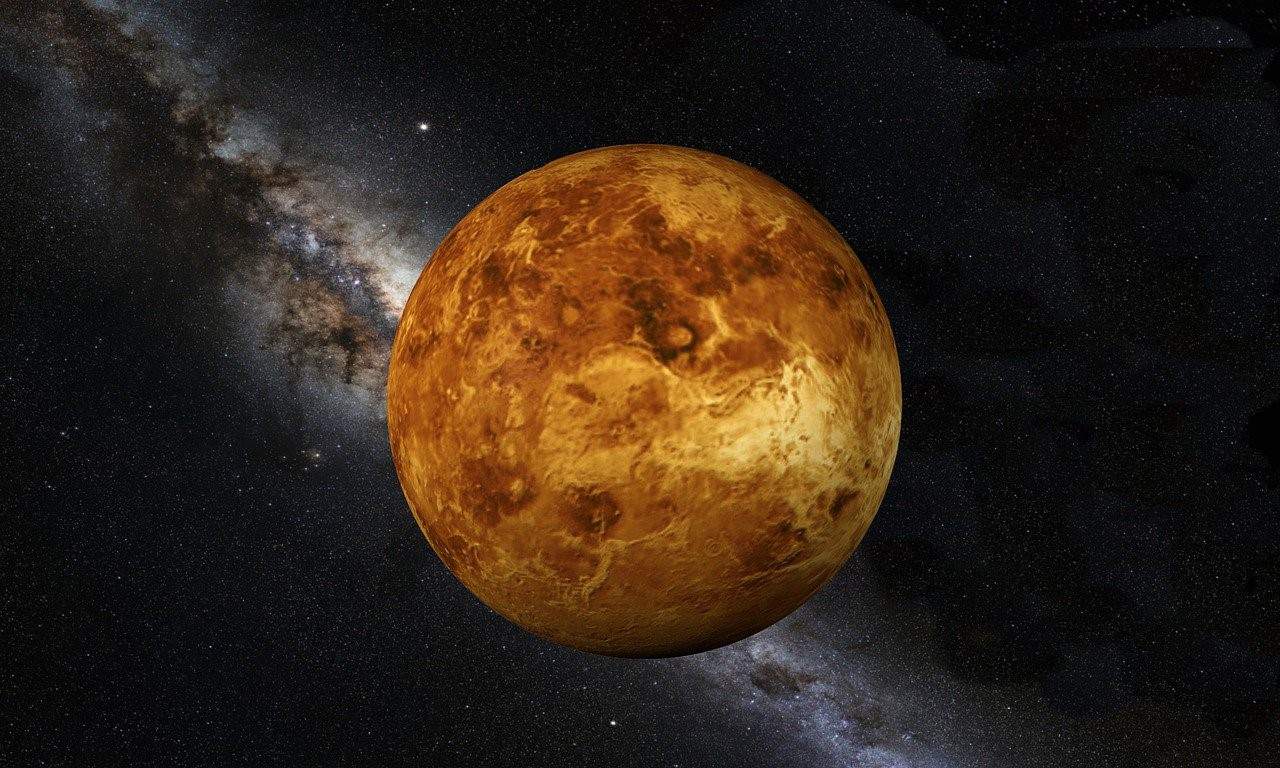 Venus, the planet of love and beauty, represents how we value our social relationships and how we relate to others. People with Venus in Aries love the thrill of having newfound love. They’re passionate lovers and bring fun to the relationship by being spontaneous.

Aries Venus tends to be self-centered, however. Sometimes, they prioritize their feelings and desires over those of their partner. This behavior is unfortunate for Pisces Venus, who needs a caring mate who will make them feel secure in the relationship. 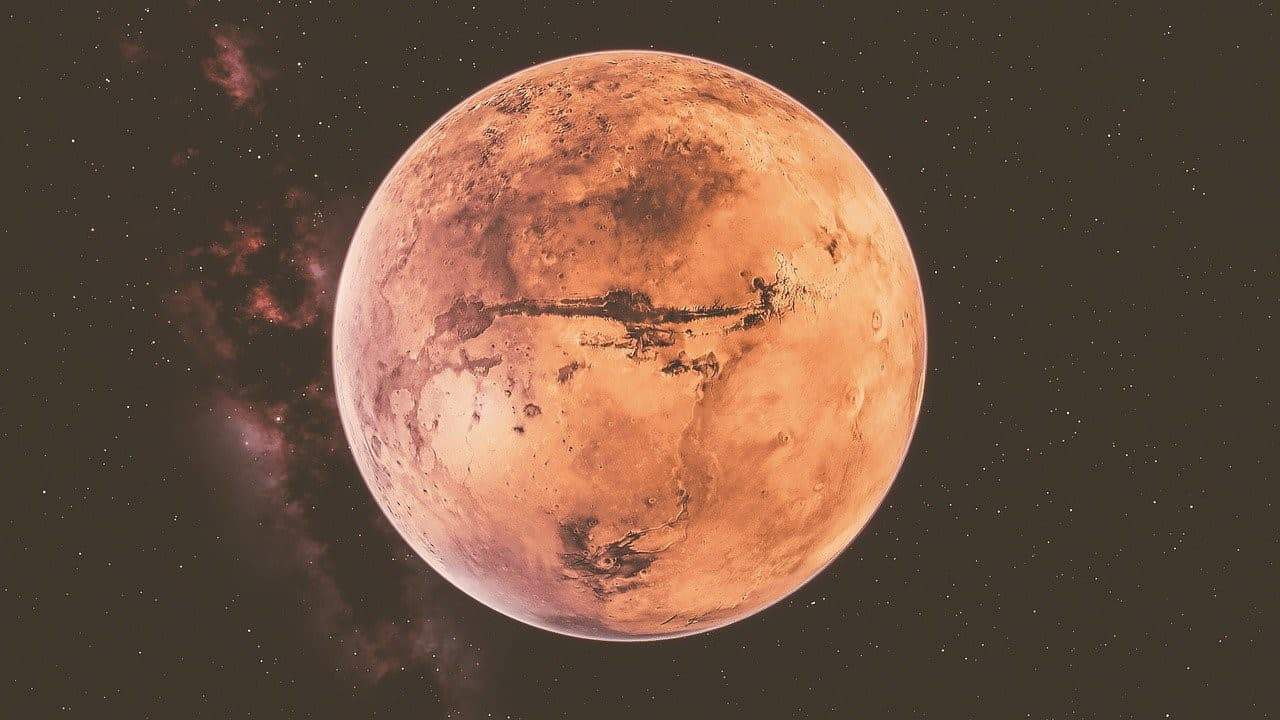 Mars is associated with our passion, willpower, and determination to reach our goals and dreams. This planet rules over aggression, power, and competition.

People with Mars in Aries feel a need to take action. Hence, they always seem to be one step ahead. They’re always up for a challenge and dislike predictability.

They’re very different from people with Mars in Pisces who prefer going with the flow. Pisces Mars is mild-tempered and would take a step back away from where the action takes place if possible.

All in all, Aries and Pisces Soulmates are a rare but not impossible.

Synastry charts showcase the energy pattern between two people. They’re an excellent tool to determine what you or your partner need to improve in your relationship.